Wildnest started because of our family's passion for Wildlife and nature.

Operated by our own Wildlifers squad, our family members, it’s our heart and soul where our aim is to provide you the best of the best. We plan your entire trip to give you a wholesome experience by putting in our personal experiences of travelling for more than a decade in the wild throughout the country.

Looking forward to welcoming you on your next wildlife adventure with us!

Vinod Goel, our inspiration, our guide, the person who introduced us to this beautiful world of nature.

As a civil servant, his job gave him an opportunity to visit various parts of India, where he could capture our wild heritage, through his camera. His passion for wildlife photography started in 2004 when he was posted at Raipur (Chhattisgarh) and this passion continues till today.

He held his first solo exhibition “TIGER’S REALM” in December, 2011 immediately followed by his 2nd exhibition, “Jewels of the Wild”, which was held jointly with his son Bharat, at India Habitat Centre, New Delhi, in Feb 2012. His work has also been recognised by the Government of India. He was especially invited by the Ministry of Environment and Forest to hold an exhibition for the 1st Stocktaking Conference to review the implementation of The Global Tiger Recovery Programme in May 2012.In April 2016 Ministry of Forest, Environment and Climate change invited to hold a Photo Exhibition for the delegates of the 3rd Asian Ministerial Conference for tiger conservation at India Habitat Center, New DelhiFrom 2013 he started writing. His articles on Wildlife have appeared in reputed magazines such as ‘Airports India’, ‘Rail Bandhu’ (monthly magazine in India’s premier trains namely Rajdhani Express, Shatabadi Express and Doronto Express), ‘Shubh Yatra’ (an inflight magazine of Air India airline), ‘Exotica’ (Magazine in five star hotels) ‘Terrascape’ and Marwar India etc.His photographs have appeared in the books namely, ‘Wild Fire’, ‘Winged Fire’ and ‘Saving Wild India – A Blue Print for Change’ by the well-known conservationist and writer ‘Valmik Thapar’. Another photograph appeared in the book named ‘Tadoba Inheritance’ by Sanctuary Asia magazine.After superannuation, he is completely into wildlife. Through his articles and photographs he is trying to make people aware of the rich wildlife heritage of the country and exhorting them to protect the same for the benefit of future generations. He regularly loves to capture the most uncommon behavior of the common things and that too in our common life. Normally we intend to ignore the flora and fauna around us and it is his goal to spread the awareness in the neighborhood to make it a global movement supported by the people.
. 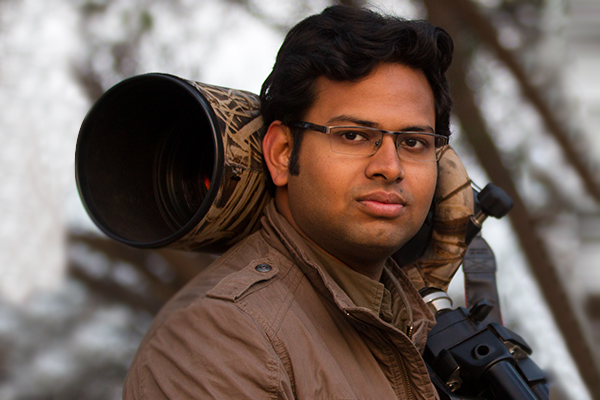 Bharat Goel, an avid traveler and wildlife photographer has more than a decade’s experience of travelling in wild throughout India.He has been recognized as one of the top 30 young creative artists by andpersand magazine (April 2012 issue).

He started photography during his schooling days & his journey in the wild began in 2004 when he was 15 years of age. His love for the wild urged him to leave his engineering career to dedicate his life for the preservation of nature and wildlife.He constantly strives to make people aware and encourage them to appreciate and being responsible towards nature through his endeavor.

His photographs have been exhibited at many places, acknowledged by SanctuaryAsia on several occasions as well as published in various books such as Wild Maharashtra by Sanctuary, Tiger Fire by Valmik Thapar. 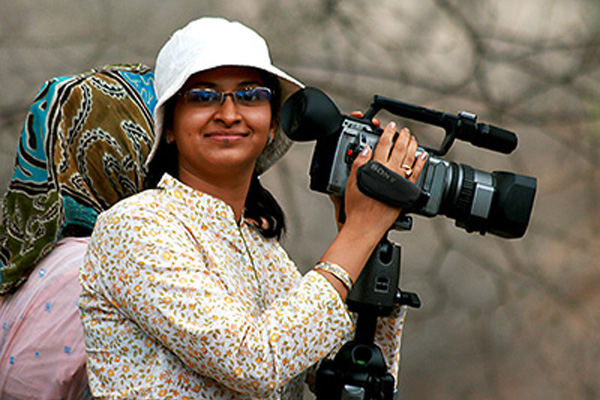 An Interior Designer by profession, she  changed her career to pursue her passion for wildlife and nature conservation. Her love for nature developed since childhood while exploring various places with her family across the country. She believes in promoting eco-tourism and conservation of nature and understands the importance and need of instilling love for nature at a young age in children.

She believes in implying the principle of Reuse, Reduce and Recycle in all aspects of her life and she encourages everyone to do the same. Based in Mumbai,her expertise comes from her experience in nurturing her own son into a wildlife and nature lover at a young age. Apart from her expert team, she herself loves to conduct tours as well especially for flamingo watching in Mumbai.

A person with a great visualising power, she contributes to the Wildnest in every which way, from providing structure, to ideas, to design and the list goes on.