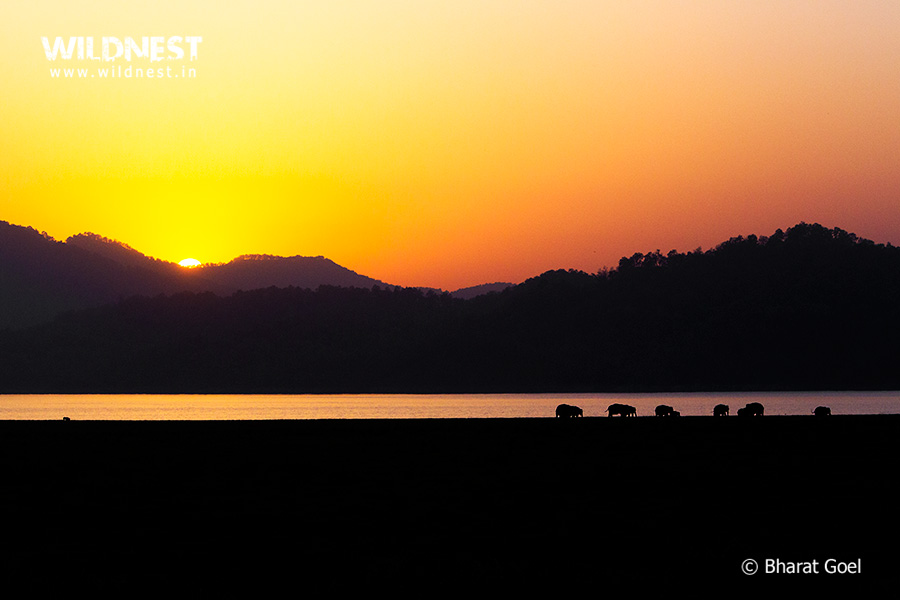 Best time to visit the Wildlife in India is one of the most debated questions for a traveler and at times, we get highly confused about the best time to visit the Indian wildlife. Well, don’t worry; I have sorted out the much-discussed topic through my personal experience after travelling.

It is indeed true, that Indian Wildlife is not a piece of cake to be planned by yourself as there is just so much to see in India besides the cultural diversity and historical monuments. I personally feel that one needs to check and plan on what they want to focus to see. Thus, from my personal experience, I bring you a few tours which might help you to sort out immensely as to how you can enrich your travel plans. Read on to know more! Snow Leopards are one of the most striking beauties in the Big Cat family. They are known as the mysterious cat in the wild. which is endangered specie. They are found in the high ranges of Northern Himalayan such as –

Although they hold charismatic appeals; snow leopards are, ironically enough, considered to be the least studied wildcats. Snow Leopards are mostly active during the dawn and dusk; therefore they offer very rare sights in the wild. If you are intensely intrigued by the beauty and charm of this wildcat, then the best time to see snow leopards is during the winters (October to February). If you are lucky, you might get to follow the trail tracks of the large paws of snow leopards which are equivalent to the snow shoes. Mostly, they prefer higher ranges of the mountain landscapes. However, due to unbearable cold in the high altitude of the mountain ranges, snow leopards come down to a bit lower ranges offering the tourists with their sights.

Over 50% of the world’s Tiger population resides in vibrant India. Royal Bengal Tiger is one of the most majestic, beautiful and endangered species found in India. India has around 50 tiger reserve which sum up to around 2200 tigers. Some potential widllife parks for tiger sighting includes:

As we all know, tigers are one of the largest breeds of mammals from the Big Cat family. They prefer to stay in the forests that are evergreen and deciduous. Tigers are quite adaptive to their natural habitat, yet their behavior may vary from time to time, like in summers you may experience more number of tiger sightings but less of the behavior to capture as due to scorching heat, tigers do step out of their comfort zone and wander in the forest in search of food and water but they are less active. On the contrary, during the winters (October to February), you will witness their behavior of territory marking, courtship which is a great opportunity for photography. Winters bring the best of the tiger’s life.

Coming to the Monsoons, some places like Bandipur National Park, Nagarhole National Park as well as Ranthambore National Park are still open, however, I would suggest travelers to avoid this period as due to the presence of water holes and long green grasses everywhere, tiger sightings are not fruitful. If you are a photographer, who is coming especially for a tiger tour, I would suggest that the best time to visit the Indian wildlife would be during winters. As mentioned above, please remember that the tiger sightings during winters would be less as compared to during summers.

Flamingos in Little Rann of Kutch

Throughout India, you may find different species of birds.  Over 1300 species of vibrant and colorful birds are widely found in India. If you are an avid birdwatcher, India is one destinations where you will find a maximum number of species, especially from October to April. If you are a person who wants to specifically focus on birds, I would recommend you to sort a section for yourself. This way, you will be able to cover one region at a time with complete attention. If you are making a visit during summers, you might not get to see species in abundance. However, you may capture varied behaviors of birds such as courtship or breeding. Below are few key zones of India that you should primarily focus on if you are planning for a birding tour.

Find yourself in the midst of the chirping birds and their habitat in parks such as Keoladeo Ghana National Park – Bharatpur, National Chambal Wildlife Sanctuary, Corbett Tiger Reserve, Sattal & Pangot, etc.

To name a few, Kanchendzonga National Park – Sikkim, Singalila National Park – Darjeeling, Kaziranga, Nameri, Dirang, Mishmi Hills, Neora, etc are some places where due to the wide variation of altitude and diversity of habitat, one can find alluring birds in abundance.

For a birdwatcher southern region of India is quite a hotspot to observe variety of bird species. Thattekad Bird Sanctuary and Periyar in Kerala, Mudumalai National Park and Vaparai in Tamil Nadu,  are few places to go for birding tours among many others.

One of the richest bird life is present in the western region of Indian, for a birder, this is a haven.  Spend hours and hours during the birding tour in sanctuaries and wildlife parks such as Little Rann of Kutch, Nal Sarovar Wetlands, Jamnagar, Bhuj, Gir Forest National Park, etc. One of our prime day tour in birding is the Flamingo watching which takes place during the months of march and April at Sewri Jetty, Mumbai. You can also plan for a one day trip at Karnala Bird Sanctuary. As per my experience and belief, India has much to offer in the wild besides leopards, tigers, and birds. You can witness Wild Dogs, Indian Wild Asses at the ‘Little Rann of Kutch’ & Leh, a wide variety of Bears, such as Sloth Bear, Himalayan Black Bear. Thus, due to different topography and diverse flora and fauna available, you may also look for an overall experience of the wildlife present here. Nevertheless, seeing everything at one spell is absolutely not possible. It is very important to segregate the region as per the days that you have in your hands, and then begin exploring.

In my personal opinion, the best time to visit wildlife in India for an overall experience is during the winters (October to March). Winters bring the best out of the flora and fauna. It’s exactly like the human nature. During the winters, both humans and animals feel beautiful from the inside. Even the vegetation and plantation is lush green. With tall grasses and amazing tranquility, the jungle experience makes it divine for a person who loves wildlife.

Wildlife with cultural tours in India Incredible India has a vast cultural diversity. Every place you visit, you will be enriched with local culture and traditions. Having said so, one can also add a spice of culture and its essence with wildlife adventure. For e.g. Rishikesh, known as the ‘Yoga capital of the country’ could be combined with a visit to Rajaji National Park. In the same way, Khajuraho, an ancient depiction of arts and culture, could be put together with an exploring excursion to Panna National Park. I believe, if you visit India to experience the culture, you will also get acquainted with the rich life of the wild residing nearby. Like I mentioned above, the best time to visit wildlife in India is during the winters and here I suggest a few more destinations for you to witness a blend of cultural essence with wildlife.

Few recommended tours to get the best of wildlife and culture:

I guess this gives you a basic idea, write below if you wish to cover any specific specie or if you have any other question.