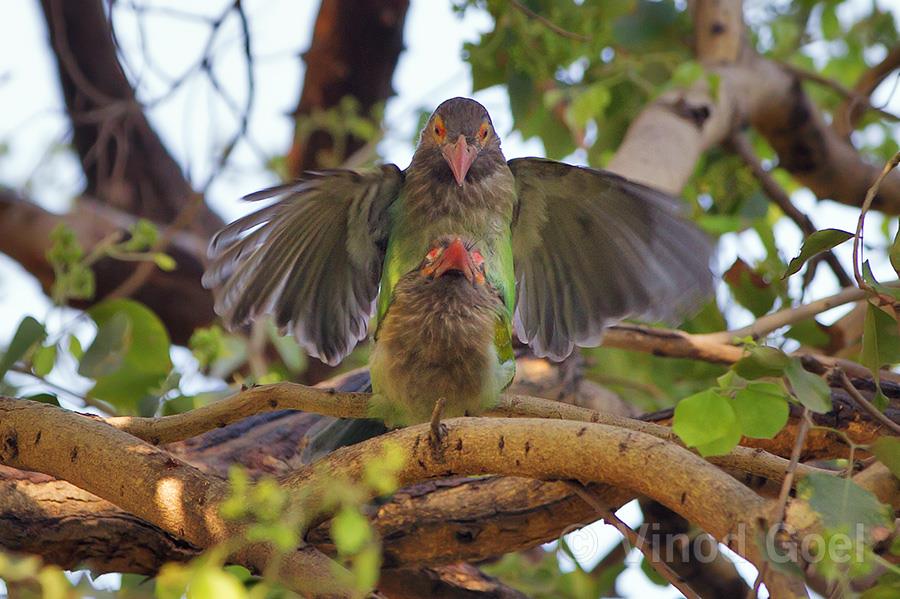 Brown headed Barbet is an Asian barbet. They get their name from the bristles around their heavy bill.

Most of us whether living in a village, town or a big city would have heard sound Kutroo…Kutroo….Kutroo, although may not have seen the bird .The sound is more prominent during the breeding season which starts from February.These days you must be hearing the sound of this barbet whether you like it or not.

It is largely frugivorus and can be seen on a peepal, banyan , gular ,mulberry or neem tree.

While following their movement on 18th March 2013 one of them perched in the foliage made a long call. Immediately the partner came and sat beside. Suddenly it mounted and i got what i was searching for. A dream mating shot of the Barbet.

I may share that month of March has given me classical mating shots of Shikra , Peafowl ,Indian Grey Hornbill and Brown headed barbet. I am sure you will like the mating shot of Barbet .