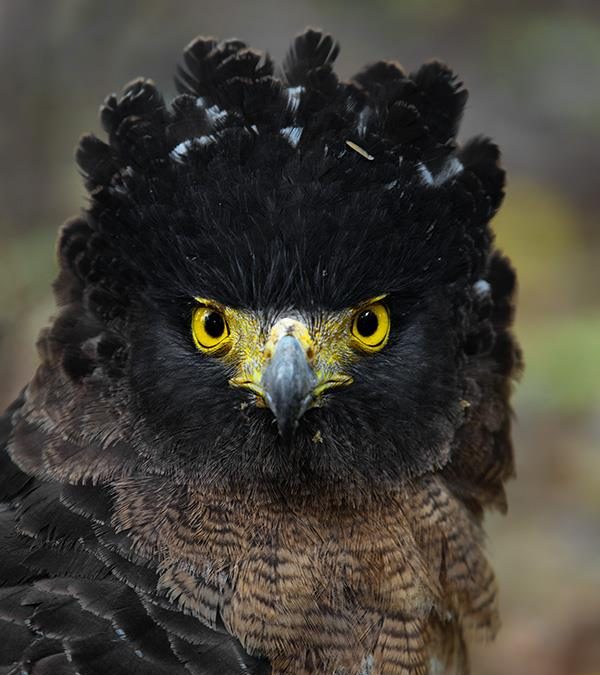 The Crested Serpent Eagle (CSE in short) is a medium sized bird of prey and is found in the forested habitat. As it is found in Delhi we can safely presume that the capital has a good forest cover.

In the morning of 5th November 2016 at Delhi , I found CSE being harassed by a number of house crows. When I approached it, it flew at a low height and then started walking. It got into the thick vegetation area for its safety. I tried to know the reason for not flying high as they are known for flying quite high and has sharp eyes to observe their prey.

I have been observing this bird for more than 14 years and it has given me unthinkable and most memorable shots of my life in the wild. I have seen him feeding on a Burmese python in Dudhwa National Park in 2011 as well as flying with a mating pair of toad in its talon at Rajaji National Park in April 2015. And of course normal snakes from where they got their name.

I could realize that it was injured and hence finding difficulty in taking a good flight. I could shoot from a close distance of a few feet. I never happen to shoot from such a close quarters .I even thought of to catch him and take it to nearby Bird Rescue Centre but seeing his piercing eyes and the curved beak which can tear any skin, I was scared and decided to just shoot him with my camera and leave it to nature to decide his fate. I am sure this was the only chance where I could see him so closely.

I thought of sharing my experiences with you all.