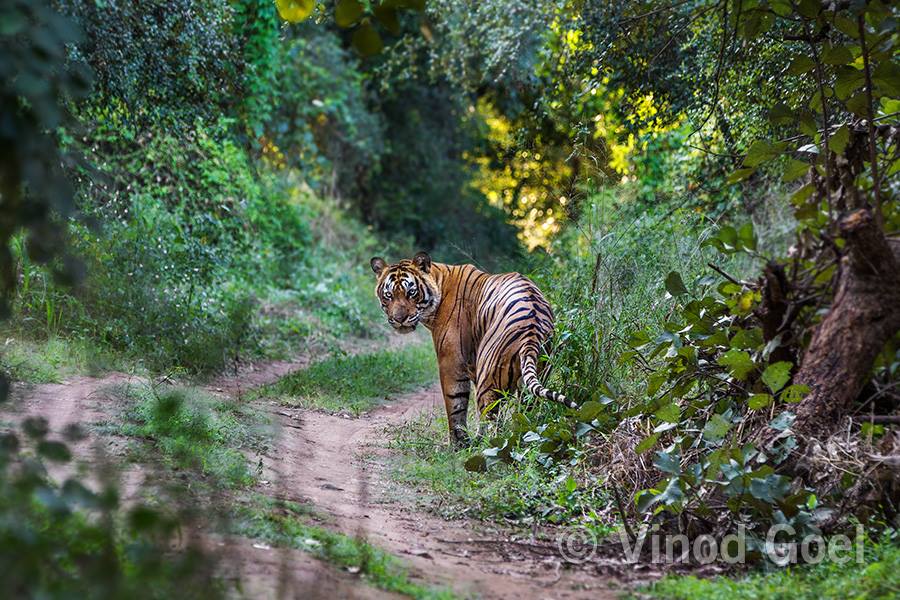 Global Tiger day is celebrated every year to raise awareness for tiger conservation. This was created in 2010 at Saint Petersberg Tiger Summit in Russia. Another important decision was the declaration to double the population of tigers by 2022.

As India has the majority of tigers (about 70% of global population) in the wild therefore the main responsibility to meet the target of doubling the tigers is on India.

It may be recalled that as per the Tiger Census conducted India had 2226 tigers in 2014 and in 2010 at 1411. In the Conference held at Vigyan Bhawan, at New Delhi in April 2016 Minister of Environment had declared that tiger population had reached 2500. Keeping this rise in view we may hope that as far as our country is concerned we may achieve the target.

Let us all take a pledge to save the tiger as this will protect not only the forest but the rivers too as most of the rivers originate from them.

Let us look at the image of famous tiger USTAD (T 24) from the woods of Ranthambore Tiger Reserve as if asking:

“What did you achieve in sending me out of my habitat”

For God sake do not disturb others from their roots if you want to achieve the target.