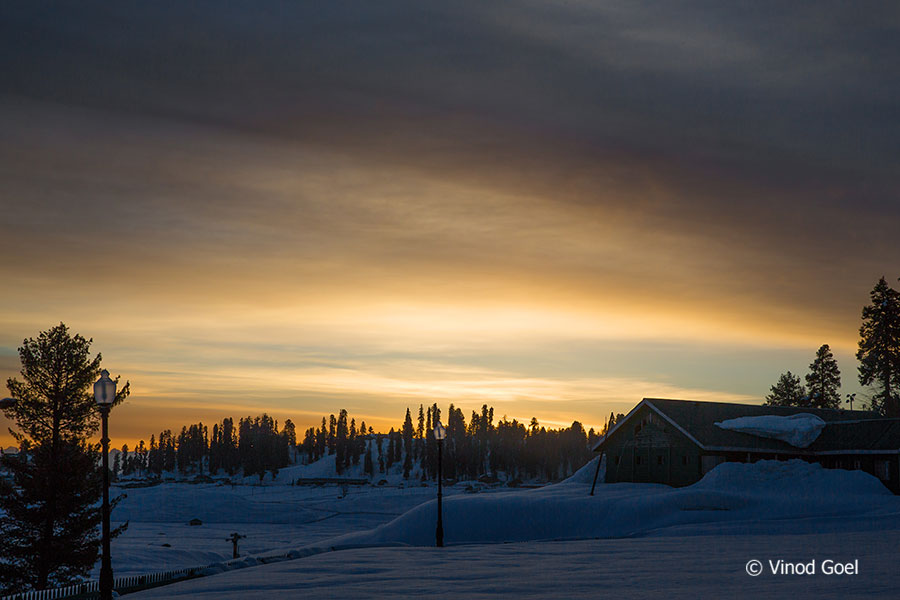 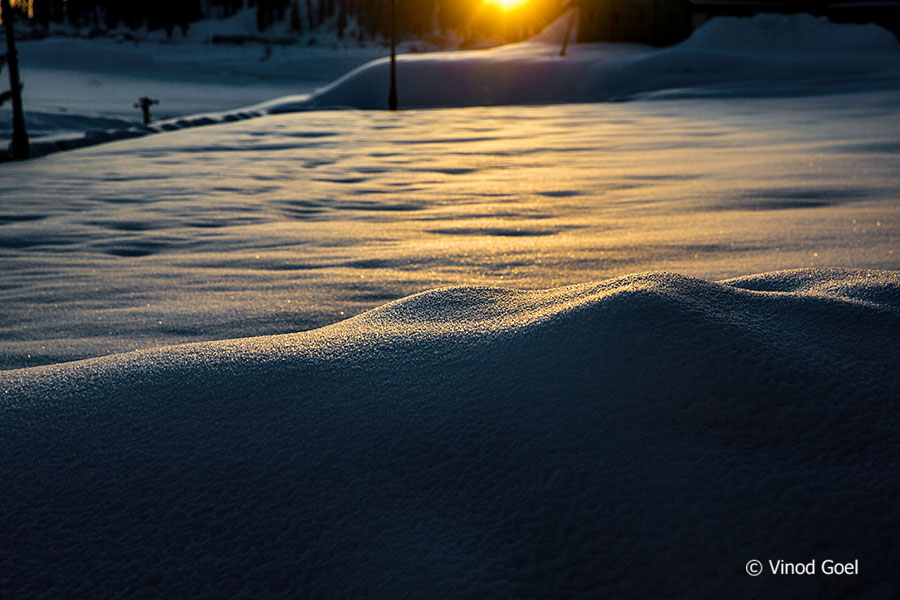 When I last visited Gulmarg in March this year, it was extremely cold, windy and absolutely white … The three nights – 21st to 23rd March, 2016 … I used to get up early morning and pip outside from my place – J & K Tourism cottage almost under deep snow – to see the snow covered area as far as I could see … 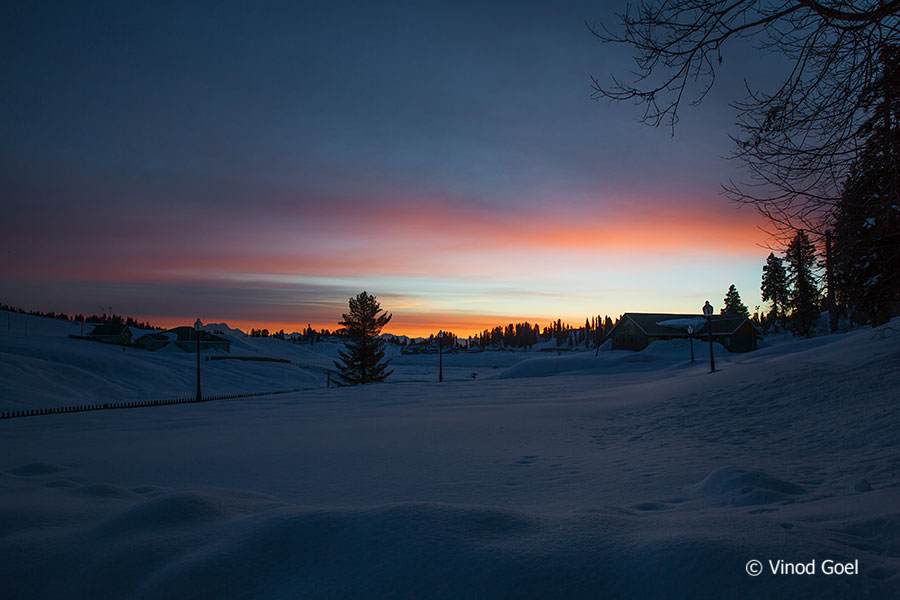 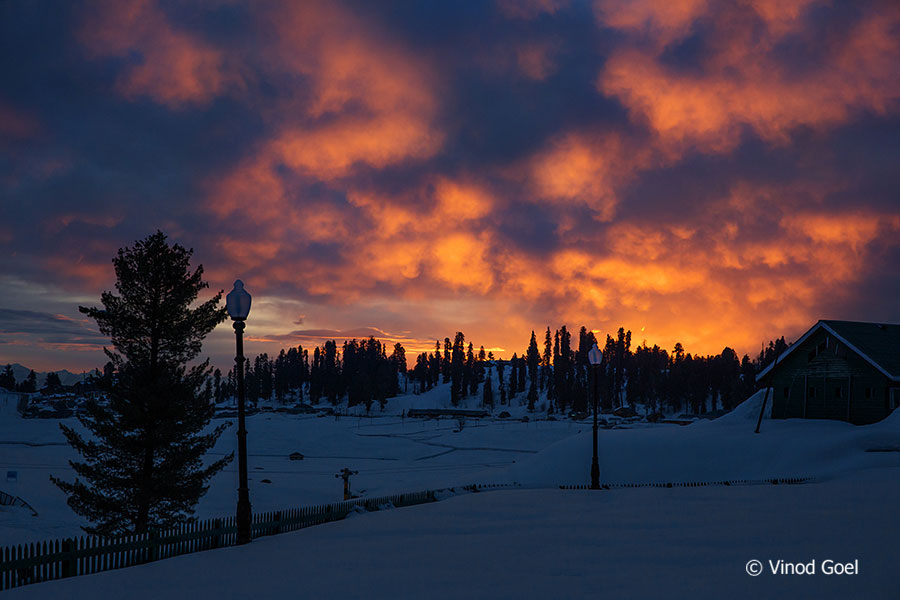 My engagement with nature starts with the Sun rise and ends at Sun set. It was simply unbelievable. The nature showed me many things for the first time. All the three mornings were different and colourful. The photographs taken in Gulmarg would speak for themselves. 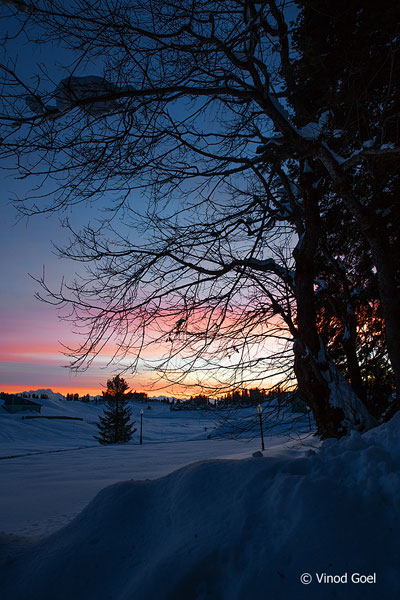 I woke up at 0420 hrs of the first morning, since the windows of the rooms were covered outside by deep snow, I had to go out to see the morning … I came out of the room at 0540 hrs on 23rd March and found the sky to be overcast. The different colors of the sky were visible from time to time as if nature had prepared itself to play Holi with lovers. That was the time scheduled for festival of Holi in India, and the sky over the Valley indicated those vibrant colors despite the fact that there was no trace of Holi in this part of the country. 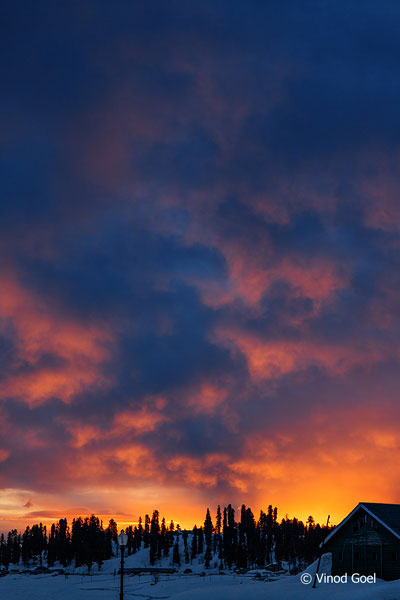 The next day morning, when I looked outside my hut, the Sun greenish. It was 0651 hrs. The sun was above the horizon. I observed a ring around the Sun creating almost a rainbow. I looked at the Sun for about 5 to 6 minutes.The ring around the Sun kept on increasing with the rising Sun. 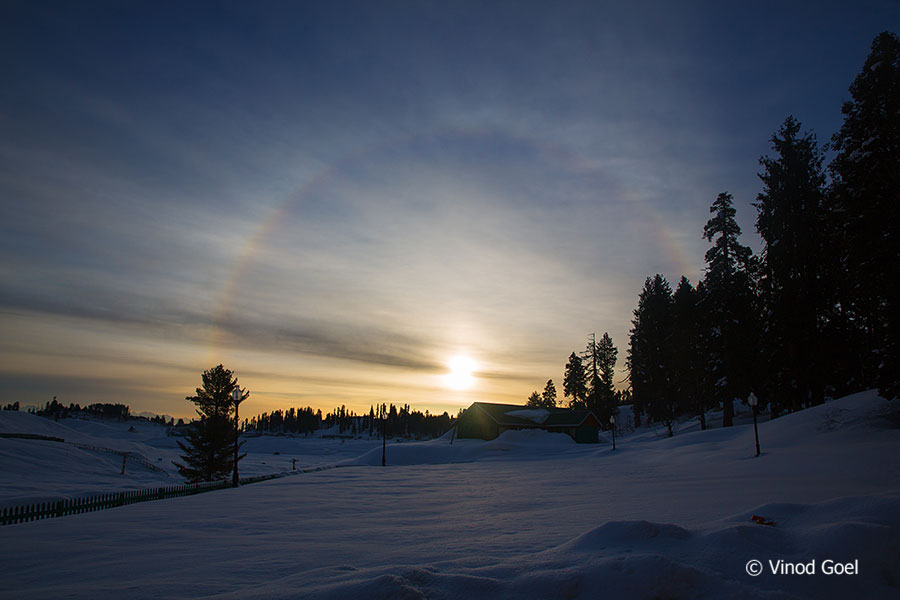 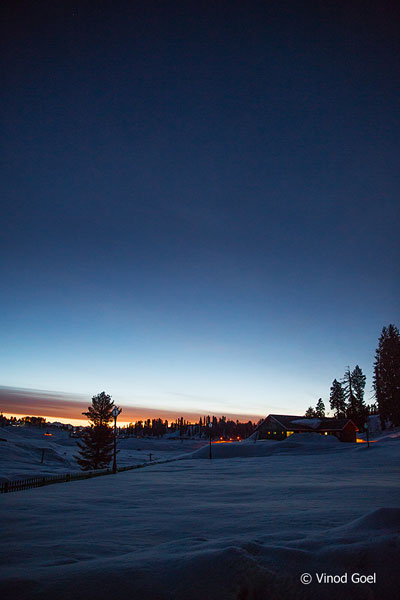 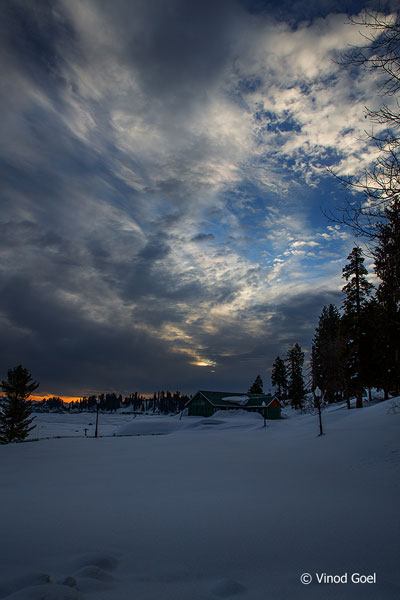 When I discussed the same with Rajesh Bedi, famous wildlife photographer of international repute,he observed that very few people have the chance of observing such a phenomenon at the hills&I am one of those lucky ones.

Almost a month after,I read an article in a newspaper that says Halo around the Sun was observed at 12 noon at Kolkatta on 30th April, 2016. This is also called 22 degree Halo. This is optical phenomenon produced by light interacting with ice crystals suspended in the atmosphere. It can have many forms ranging from coloured to white rings to arcs and spots in the sky.