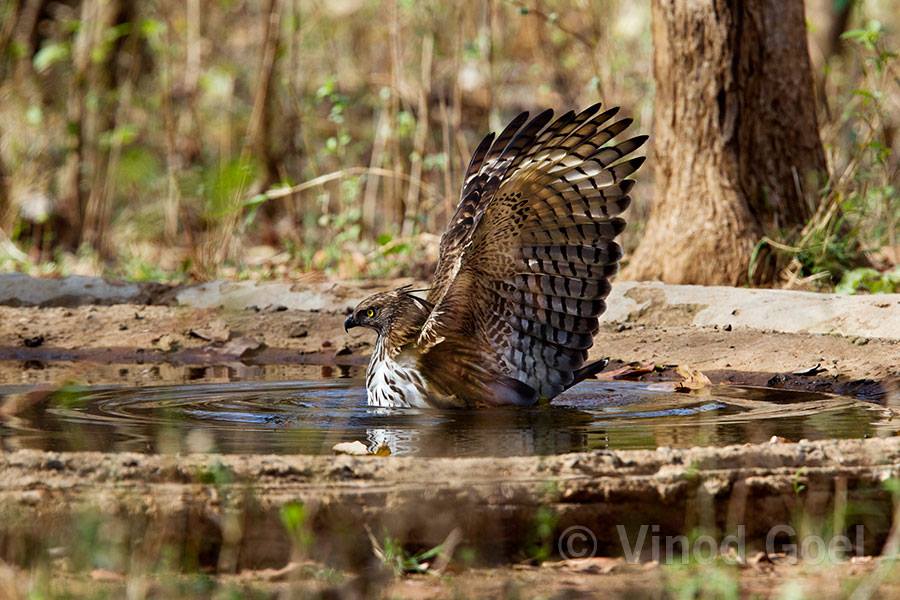 I can not forget my first visit from 28th to 30th May 2005 to this wildlife sanctuary in the State of Maharashtra as no tiger till date could match the size of tiger which I encountered at Nagzira on all the three days . Secondly it was all without electric connection during the hottest period of the year known as Nautapa ,nine hottest days .The minimum temperature during night was 34 degree Celsius and the maximum temperature 48 degree Celsius .Very regular calls of the various animals during night indicating the movements of the predators .
After more than 10 years I realized that I witnessed the biggest Tiger of the region in the Haldu region of Nagzira wildlife sanctuary in 2005 . He was the father of Jay , well known and one of the biggest tiger of India at UmredKarhandla wildlife Sanctuary ,which migrated from Nagzira and at present missing from the radar of forest officials .
Although the area of the designated sanctuary was only 150 Sq km but it is an ideal habitat for tiger, leopard , wild dog(Dhole ) ,Indian gaur ,spotted deer, sambar ,nilgai (Blue Bull ), barking deer, sloth bear etc. It also houses more than 150 species of birds.
My last visit to the park was in March 2010 with my son Bharat Goel . This time I was blessed to see a tigress with a cub of hardly 5 months old. My first sighting of such a young cub in the wild , who even climbed 7 to 8 feet on a tree. We too witnessed a sloth bear climbing a tall tree for his lovely and tasty breakfast honey comb after having insects from the ant hill in the early morning .I can not forget the bath by the Changeable Hawk Eagle in the water hole to cool off in the hot afternoon and the way he did not allow a Langur monkey to quench his thirst .
I am sharing some of the images from the parks close to my heart as it has given me many FIRST sightings of my life. I am sure you will like them.