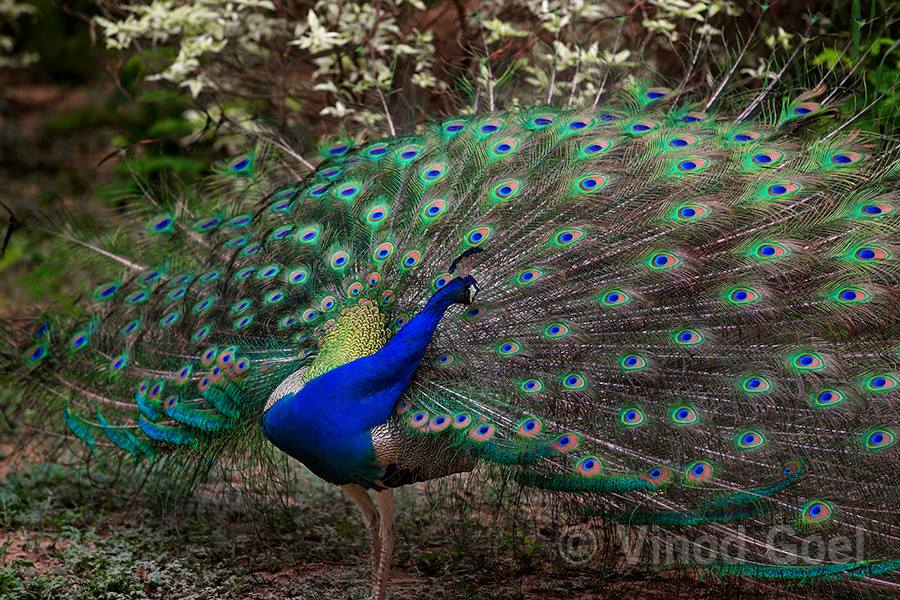 Most of us would have seen the movie Tare Zameen Par, a few years back directed by Amir Khan well known actor from Bollywood ,now known for real life off beat movies dealing with daily life of people. Tare Zameen Par was one of them and educative to parents as being worried about the marks in the 10th and 12th standard as they decide about the future course of action for most of the students in our country. The message was simple that each child is special on this earth. Do not estimate his capabilities based on high percentage of marks . He may be special in other mental faculties such as art or culture or sports or any other field as now the fields are many. They are like stars on earth.

In India it is this period of the year (March to June ) when parents are busty with their children either for taking them for the school / competitive exam or sending the children abroad for higher studies. I too have passed through the same phase .

Being a wild lifer I am reminded of a bird (Peacock) having lot of stars/eyes on the tail feathers and many a times spreads its feathers on the ground after the dance is over .It reminds me of the phrase “TARE ZAMEEN PAR .

Sometime back interesting incident occurred when on spreading the feathers Peacock started preening its tail feathers . I could freeze the moment when it touched one of the eye on the tail feather with its beak as if trying to pick up stars from the ground.

To me it appeared that the entire earth is represented in the image as Gold color is for the Sun ,Blue in the neck for the Ocean and the eyes on the feathers are symbolic of the planets and stars .

I thought of sharing with you all.

Image from the wilderness of Delhi taken on 5th April 2018 through Canon Gears.