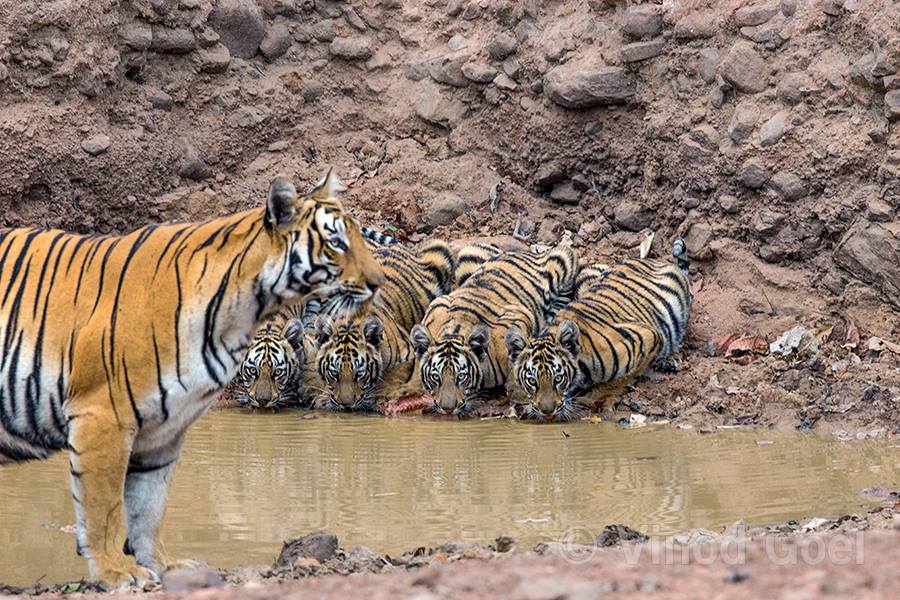 For the last few days, most of the nature lovers attention has been attracted by a video of the fight between a tiger and female sloth bear which lasted for more than about 15 minutes in the afternoon of 28th February of 2018 in the Paunderpani area of the Tadoba Andhari Tiger Reserve. Although such fight between tiger and sloth bear have been observed in different parks of the country from time to time such as Ranthambhor Tiger Reserve in Rajasthan but the clarity and the tough fight given by the sloth bear (to protect her young one) to the most dominant male Tiger (namely Matkasur) of Tadoba is some thing incredible.

I remember for the first time Tadoba Andhari Tiger Reserve in the State of Maharashtra came into lime light in November 2009 when a Sambar Deer had to fight with tigers on the land and a pair of crocodiles in the waters for about 24 hours. Whenever Sambar came out of the waters on the land he was being chased by the hungry tigress at two ends of the lake and in water there were two crocodiles waiting for their next meal. The battle started in the early hours of 13th November 2009 and tourists saw the kill of Sambar deer with a tigress in the morning of 14th November. This was at Telia lake, not far from the entrance gate of Moharli Range of Tadoba Andhari Tiger Reserve .

I may add that 3 years back in the fag end of the evening safari on 28th Feb 2015 I too witnessed and got one of the most memorable shot of my life (Tigress with 4 cubs of 3 to 4 months old at the water hole) in the Kolsa Range of the above park. When ever I have posted an image on the social media a few nature viewers commented that the image is photo shopped and is fake.

The beauty of the shot is in seeing it and believing in the creation of that moment by the Almighty.

Tiger lovers as well as Nature Lovers have opined that this is the greatest shot of all times.