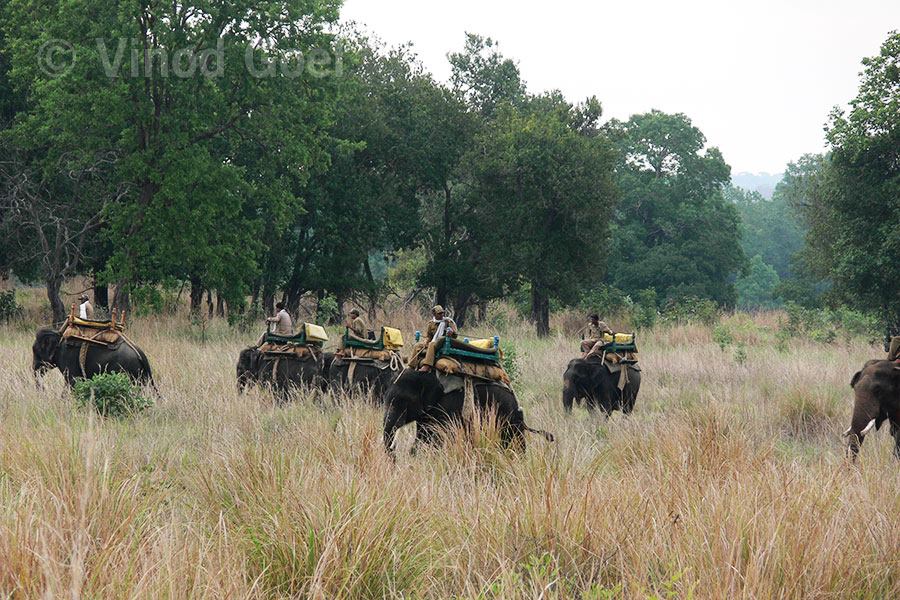 I began my wildlife from this park which was established in 1955, the year i was born. I had been a regular visitor for a number of years and never came out without seeing a TIGER. Thanks to Tiger Shows being organised in all the National Parks of Madhya Pradesh. However from 15th October two thousand and twelve the same was stopped on the directives of the Honourable Supreme Court of India.

For organizing the Tiger show ,in the early morning 5 to 6 mahouts with walkie talkie with a group of trained elephants would visit a patch of forest and tried to locate a tiger. Once it was found the same was forced to remain at the same place by surrounding with a number of elephants, at a convenient place from the main safari route. The message was given so that interested tourist could take a token for a certain amount and could come to a point from where they would be taken on the back of the elephant and see the tiger from a close angle.

The tourist was happy as he could see the tiger but the poor tiger was forced to remain at the same place for a number of hours. I think unethical.The highest court took the right decision.

The tiger is being chased in the morning by the elephants for the tiger show.

I saw my first tiger on 3rd April thirteen years back in tiger show.