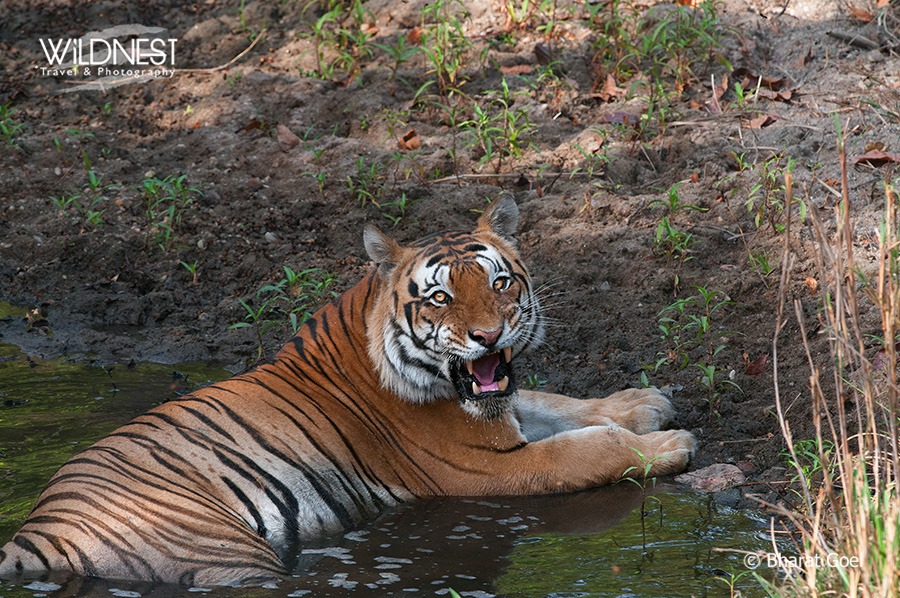 In the Calendar namely “Tiger Nation.” magnificent beast (TIGER) has been shown in all its glory from 12 Protected Areas across our country.

Out of 12 we share 5 images (2 from me and 3 from Bharat) from Tiger Reserves namely Pench, Dudhwa, Panna, Tadoba and Kanha.

For the month of December 2019, viewers who are in possession of WWF India calendar for this year would have noticed the image of Tiger (taken by Bharat Goe ) from Kanha Tiger Reserve in the State of Madhya Pradesh.

It may be recalled that the first scientific study on predator and its prey was undertaken in Kanha National Park in 1963 by a well known Naturalist GEORGE B SCHALLER from the United States and he came out with a book “The Deer and Tiger: A Study of Wildlife in India.” In 1967.

The year is just at the end of its journey (December 2019) and you will again see the next calendar (2020) of WWF –India with a new photograph of the well known Tigress (Known as Machhli) from Bharat Goel, taken at Ranthambhore Tiger Reserve.

This image was taken Bharat in Kanha Tiger Reserve in the State of Madhya Pradesh in May 2017.