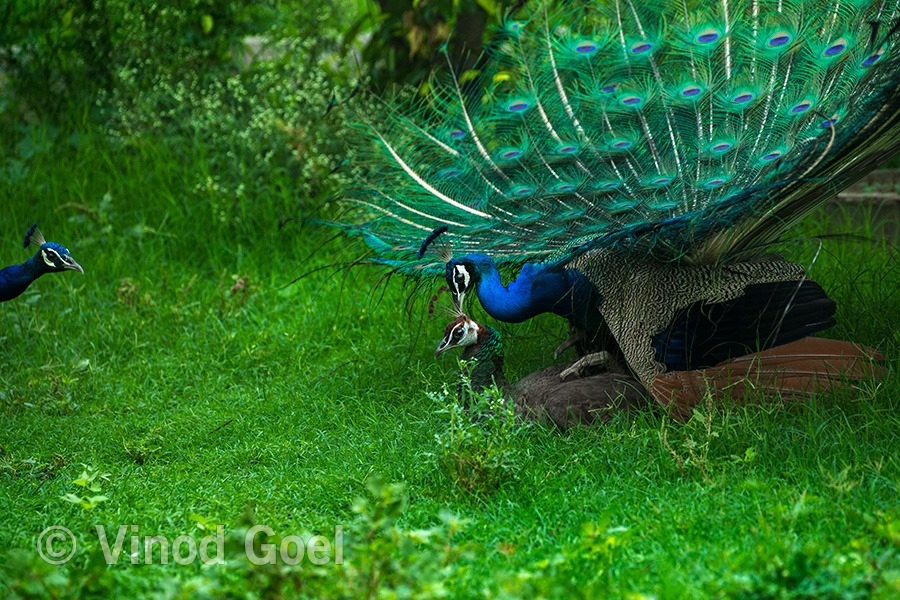 Most of us have heard the story that PEAFOWLS (peafowls ..combined name for peacock and Peahen) they do not MATE as other birds do. That is the reason why Lord Krishna adorned the feather of Peacock on his head.

I was surprised when even many of the naturalists who spend most of their life in the wild taking so many tourists during the season day in day out, did not know the production in Peafowls (peacock and Peahen). Although I too have been trying to tell people through various posts from time to time and through whatever means of communication at my disposal, I still find in spite of all the means of knowing through internet at their disposal still it is difficult for them to believe that peacock and peahen mate do really mate for having the next breed of peachicks.

The breeding season which was over a few months back in Delhi, I was blessed to observe mating from a close distance. At the same time a young and amateur male following the peahen was surprised and showed his anxiety in observing the mating from a much closer distance than me. In fact he passed hardly one feet from the mating pair and chased the peahen after the mating was over as if she had committed some crime or betrayed him.

The image from the wilderness of Delhi taken on 27th June 2019.