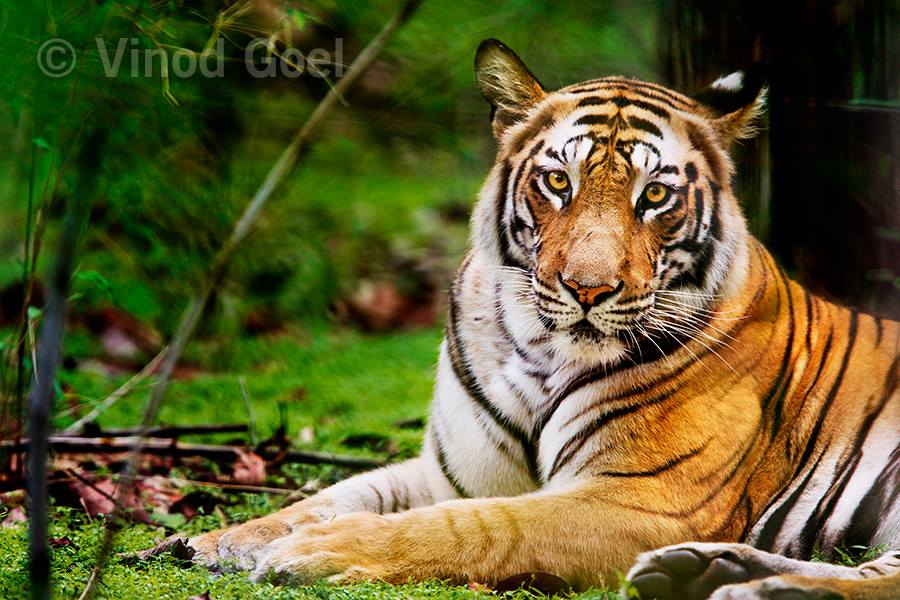 The Project Tiger –A programme to conserve and save the dwindling population of tigers in our country ,in its original habitat was launched in 1973 by the Government of India .

From 9 tiger reserves in the beginning ,the number has grown up to 50 at present. It is gathered that this year some more would be added.

The first scientific study on the relation between the prey and the predator was done by veteran wildlife biologist Dr George Schaller during sixties of last century at Kanha National Park and Tiger Reserve (near Jabalpur ) . Bandhavgarh Tiger Reserve (near Jabalpur) was famous for initial tiger documentaries . Pench National Park (Madhya Pradesh ) came into prominence for the best documentary on tiger till date‘ David Attenborough -Tiger –Spy in the jungle –BBC.

All the three above National Parks and Tiger reserves are in the State of Madhya Pradesh.

The latest star on the world horizon is Tadoba Andhari Tiger Reserve in the Chandrapur district of State of Maharashtra. Nagzira wildlife Sanctuary in the Gondia district of Maharashtra was one of the smallest but had everything you could think of and is very close to my heart as I saw for the first time a cub with a tigress in the year 2010 as well as sloth bear climbing a tall tree for the honey comb. Later on it became part of the Navegaon – Nagzira Tiger Reserve in the year 2013.

The first visit to Kanha National Park in April 2004 has now become an endless journey into the wild. I made a number of visits to this park till 2009.During this period one could see the TIGER mainly during the “Tiger Shows “organized by the forest authorities in different areas of the park.

In October 2004 I visited Bandhavgarh National Park . But my dream shot came during the visit at the fag end of summer of 2011 as the rains had helped in providing a carpet of green grass and the presence of the tiger on it added another dimension to it. The daring tigress who used to bring out her young cubs at an early date ,Mirchhani was well known.

In 2008 very few tourists had heard the name of Pench National Park. But the best documentary on tigers made by BBC at Pench brought laurels to the park and now all the tiger lovers make it a point to spend some time . A shot taken during the making of the above documentary in February 2007 came on the main calendar of WWF India in 2016.

My first visit to Nagzira in May 2005 , during the NAVTAPA time when for 9 days the heat is at the peak and one had to spend the night just with a kerosene lamp without even a fan , was a mind blowing as I witnessed the biggest Tiger of the region in the Haldu region of Nagzira wildlife sanctuary. Later he was the father of Jay ,well known and one of the biggest tiger of India at Umred Karhandla wildlife Sanctuary ,which migrated from Nagzira.

I can not forget Tadoba Andhari Tiger Reserve in the State of Maharashtra as it blessed me with the best of the shot till date. According to Sh S Nallamuthu, wildlife film maker ,this shot is —Great photograph of all times .

As I enjoyed them capturing them through my camera over a period of more than 13 years of my life ,I am sure you would love to see them now.

Every freezing moment has become history and for many it has become a mystery. Let us enjoy historical moments!