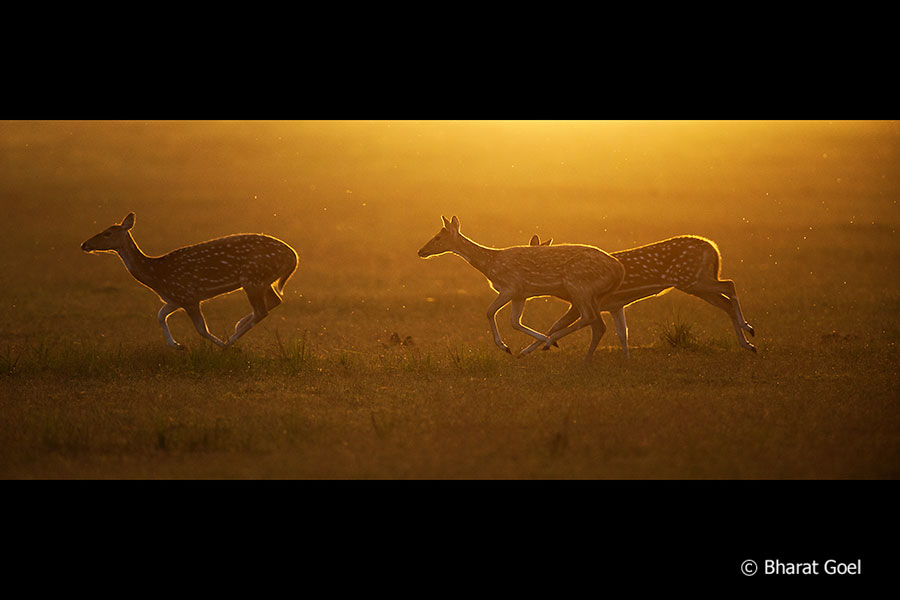 Is there anyone who loves wildlife and has not heard of DHIKALA the heart of Corbett National Park ?.
Once you visit the place and see its effect on the mind and the soul. Even if you like to forget it without even observing the elusive big cat during game safari ,you get mesmerized by the elephants and the most unique topography of the place.
The students of Hindi literature refer to the period of heroic deed of Rajput between 1000A.D to 1325 A.D as ADIKAL. The poetry of this period highlights the heroic deeds of the rulers and the warriors in the form of verses. The later periods has been named as Bhaktikal ,Ritikal , Adhunikkal, BhartenduYug ,DwediYug and Chhayavadi Yug.
Once you are in Dhikala even after 7 centuries it looks as though the time has stood still.
The tiger resting in the grassland or under a tree without caring for his next meal. The herd of spotted deer grazing knowing that the tiger is not greedy like the human beings . In the tall grass few hog deers feeding on the tender shoots. The elephants too either cooling themselves in the big reservoir, at in the Ramganga river or busy in satisfying their hunger in the Chaur or in the woods.
The only sound is of the chirping of the birds. Except for the human habitation created by the forest department for temporary stay inside the park at various places such as Dhikala , Sultan ,Gairal, Sarapduli, Khinnanauli, Jhirna , Bijrani and other places ,there is nothing else which has changed from the time immemorial.
It looks as if you are in the heaven.
Dhikala is no doubt not less than the heaven. Can you think from where the name Dhikalacame. I have a firm belief that DHIKALA came from the word ADIKAL described above. If you take the letter A from the front of ADIKAL and place it at the end then it becomes DIKALA —–our own DHIKALA , we have heard from so many wild lifers and the nature lovers .
It is truly the land of TRUMPET , ROAR and the SONG.
I am sharing some of the images from this park taken over a period of time .I am sure you will love them all.