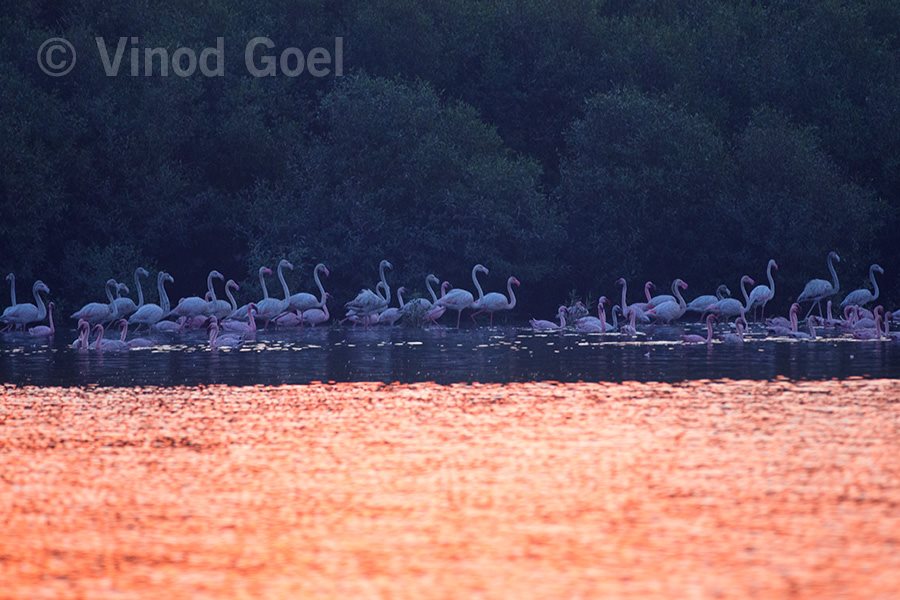 For a long time I was thinking of shooting the flamingos during the sun rise at Thane Creek adjacent to the Coastal and Marine Biodiversity Centre at Airoli .

This opportunity was provided by Nitya Goel Aggarwal, known for organising Flemingos Tours for the Mumbaikars for the last 5 years. When I came to know that the boat safari is in the early morning at 0630 hrs on 31st December, I thought that this is the chance to capture flamingos in the golden hours of the morning.

During the Boat Safari for one hour which starts at Coastal and Marine Biodiversity Centre in Airoli near Thane one can see the PINK Beauties (Flamingos -Lesser and Greater ) from a closer distance. In addition to Flamingos which are star attraction of the tour one can observe birds such as Pied Avocets, Gulls, Northern Shovelers, Black Tailed Godwits, Curlews, Stints, Sandpipers and other coastal birds.

It is pertinent to mention that every year thousands of flamingos visit the mudflats of Mumbai and Thane during the month of November and remain for about 6 months. During this time Mumbaikars distress themselves by observing them at a number of places in and around Mumbai.

I am sharing some of the images taken on 31st December 2018 in the Airoli Creek.