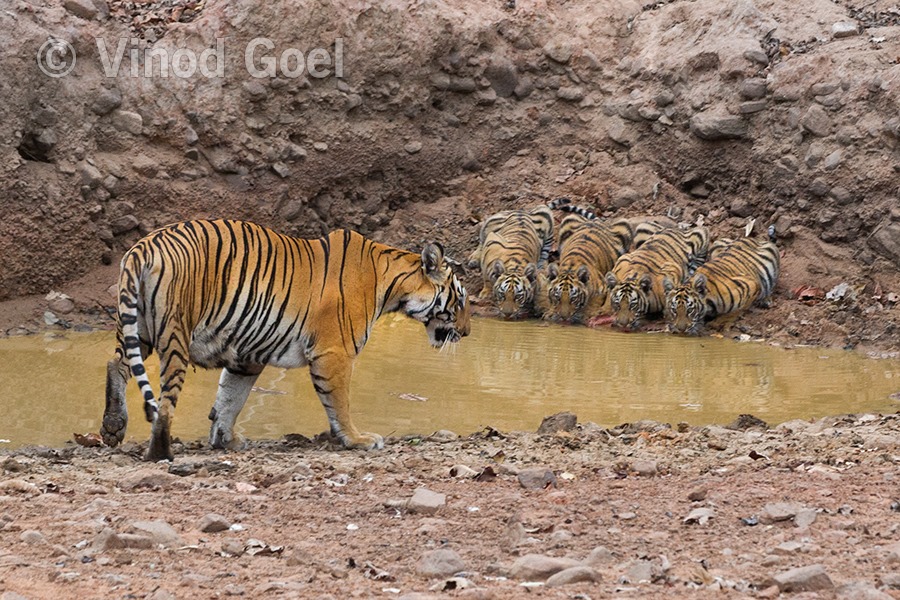 Global Tiger day is celebrated every year to raise awareness for tiger conservation. This was created in 2010 at St Petersburg Tiger Summit in Russia. Another important decision was the declaration to double the population of tigers by 2022.

As India has the majority of tigers (about 70% of global population) in the wild therefore the main responsibility to meet the target of doubling the tigers is on India. It may be recalled that as per the Tiger Census conducted by Wildlife Institute of India, Dehradun, India had 2226 tigers in 2014 and in 2010 at 1411.

Today morning Sh Narendra Modi, PM has released the All India Tiger Estimation report 2018 according to which the tiger population has increased to 2977. No doubt the protected areas has also increased from 692 to 860 and community reserves from 43 to 100. This clearly shows that India has already achieved the promise made at the Tiger Summit in 2010.

From the news items from Daily News papers we are aware that the conflict between the animals and the human beings is on the increase on account of developmental activities to satisfy the needs of the increase in the population. In spite of all these issues we have to protect this specie from extinction as this provides umbrella to all other species which are found in a jungle.

Most of us would have seen the video of the 6 year young tigress brutally killed by a handful of villagers, that too in the presence of the forest officials, in the Pilibhit Tiger Reserve in the State of Uttar Pradesh on 23rd of July 2019. This raises a pertinent question as to how well our National Parks are being managed and protected and how to avoid the man – animal conflict in the areas adjacent to wildlife sanctuaries and national Parks.

No doubt tigers and leopards come out of their habitat as their prey base have been wiped out by poachers or otherwise (over grazing by the cattle). No doubt problem is complex but we have to find solution at the earliest to save the existing wildlife. It is said that a monument could be created again but SPECIE if lost can not be created . Once it is lost it is lost forever.

Let us all take a pledge to save the tiger as this will protect not only the forest and its denizens but the rivers too as most of the rivers originate from them and they are the life line for the living creatures.

Image from Tadoba Andhari Tiger Reserve in the State of Maharashtra taken on 28th February 2015.