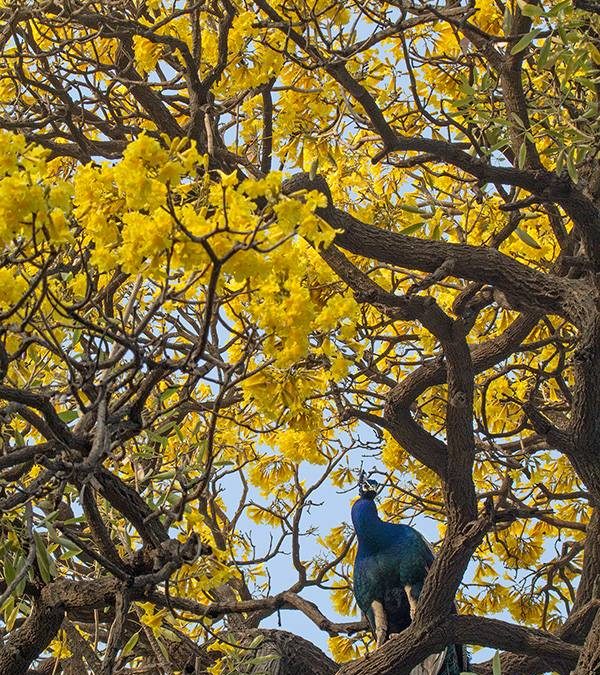 For a number of years I was confused whether to celebrate the 1st Day of January as the New year day or 1st day of Chaitra of the Hindu calendar, which generally comes in the month of March /April).

It is a fact that for the last so many years we all of us have been celebrating the 1st January as the entire world was celebrating the same. I too followed for some time. I have found many people booking a seat in a restaurant and spending the entire evening of 31st December till it is 0000 hrs and wishing people at that very moment all around and even on phone as if they have got everything what they wanted. From next day following the routine of life in a usual manner as any other day. Did anything changed or noticed any change in and around the house or the city or the weather or vibes in the surroundings.

Am I observing any change in the weather or surroundings at this time ( Last week of March or it sometimes it may be 1st week of April ) of the year. Initially winter lasted for some more time and then heavy rains along with hail storm destroyed the almost ready crops in most of the north Indian states .Then for the last few days the weather has become warm.

As a nature lover I am getting up early in the morning for going out for a morning walk or to shoot in the nearby park in colony or in town or to a sanctuary. I hear the sound of the Asian Koel early in the morning as if waking you up and asking us to listen to the music in the nature. In the parks finding lot of leafs on the road or on the ground as if trees are going to change their old clothes and ready to wear new clothes. In most of the trees (such as Neem, peepal or banyan ) new leafs has started appearing and giving a pleasant look and colour changing from pink to red and finally a shade of green. Even some early varieties of mulberry fruits has started inviting some of the birds on them ,who too eagerly wait for them to taste .I too tasted them for the first time on 17th March in this season.

The local resident birds including Indian Grey Hornbill are also in the good mood to woo the opposite partners and begin their new life. They too would like to look best in new attire on the new trees as well shrubs or dew laden grass. The entire atmosphere looks to be charged with new energy. My favourite bird also the National bird of India is in the new attire and ready to start its next inning of life.

This day is also celebrated as begining of Vikram Samwat and would be the first day of 2077.

It is believed that Lord Brahma , the Creator, started creation of the universe from this day.

As per Hindu mythology and Calendar the season follows the sun, months follow the Moon and the days follow both the Sun and Moon.
By this time of the year the crop standing in the fields is ready to be harvested and this brings lot of happiness to the farmers. People living in various parts of the country celebrate with different names.

To me it appears that this day the 1st Day of Chaitra month (this year it falls on 25th March) , calls for celebrations as the New Year for Indians.
HINDU NEW YEAR and Happy NAVRATRAS to all of you.

Images from the wilderness of Delhi taken in March 2014 and from Tadoba Andhari Tiger Reserve taken on 28th February 2015.