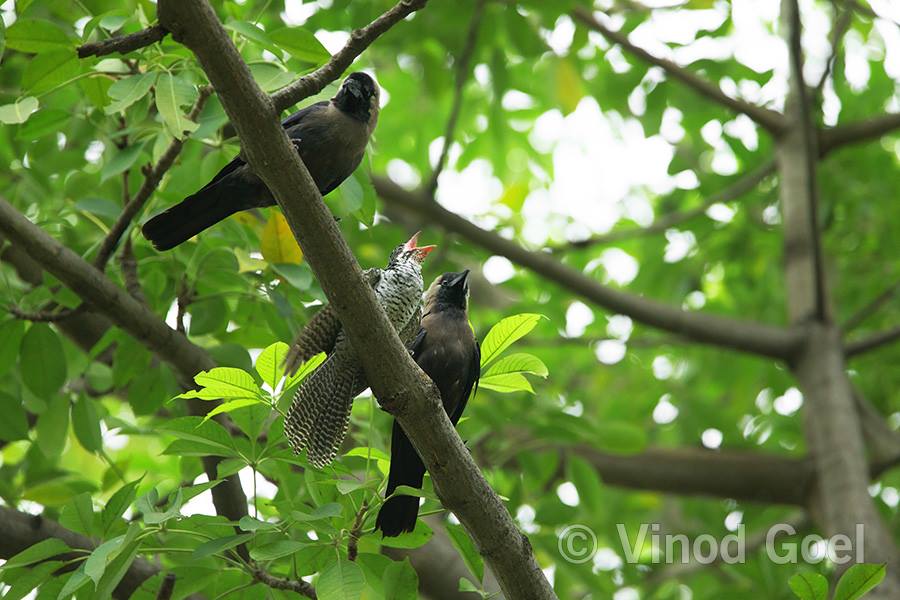 People living in places having ample green cover are certain to get up in the early mornings of summers with the catchy sound of Kuoo…kuoo…kuoo… it is the male Koel, which attracts us with sweet tunes…But how many of us could recognise a Koel ? How does it look like ? Is there any difference between male and female ? These are the common questions people do have in their mind when we talk about Koel.

Most of us would say that Koel is black. Partly they are right as male bird is always black similar to Crow. It looks slimmer compared to Crow and it has a longer tail, Yellow bill and Ruby eyes. The female Koel is similar in built, but it is dark Brown in color with spots, while the tail is barred with White.

At this time of the year (September and October), one may hear the sound of the Koel chick (similar to that of crow) asking for food from the parents in most of the parks. One such incident was recorded some time back which I am sharing with you all.

The images are from Delhi taken on 5th October 2016.