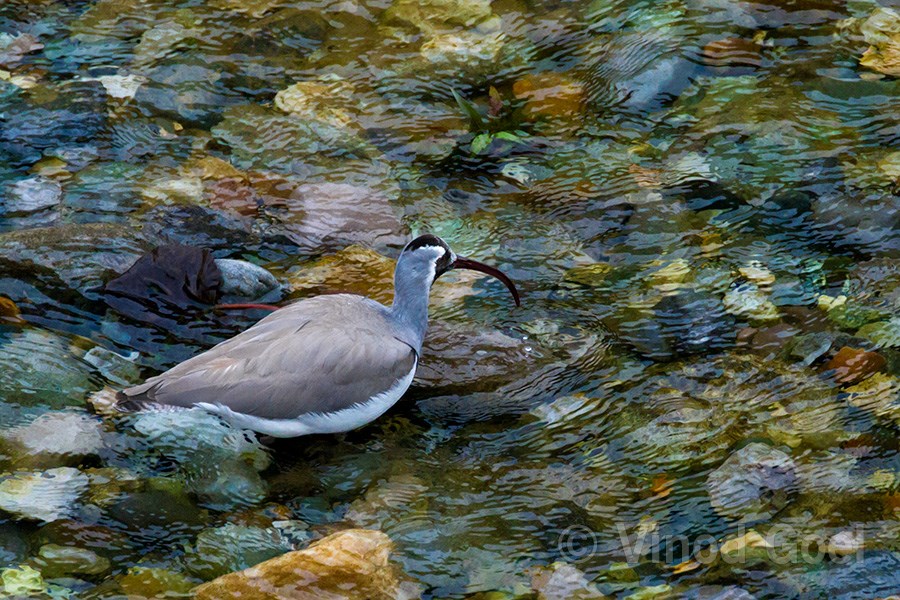 Every wildlife photographer visiting Corbett National Park tends to visit the Dhikala Range/Bijrani Range/Jhirna Range for observing wildlife at its best and we tend to ignore other rare birding places or religious places surrounding the park. Most of us visiting Dhikala pass through Garjiya village on route and of course see the temple on our left going from Ramnagar to Dhangarhi Gate for taking entry for Dhikala .

Somehow after so many years I got a chance to stay at a Resort in Dhikuli from where Garjiya temple is not far. We thought of taking a chance to observe a rare bird namely IBISBILL, which comes to this region during winters from Kazakhshtan in Central Asia and stays in the surroundings of Mata Garjiya temple at the Garjiya village.

We were told by our guide and naturalist Anil Choudhary that some years back he has seen seen 2 to 3 pairs and last year there only one pair and this year only a solitary Ibisbill. On 19th January the weather was clear and sunny but we could not locate the bird. However we heard the call of sambar deer and after some time call of the spotted dear, hardly about 150 to 200 meters from the banks of the Kosi river where we had come for birding and especially to observe Ibisbill. After waiting for about 2 hours we left the place .

The name of the village Garjiya comes from the sound of the tiger and it is said that tigers of Jim Corbett National Park keep on coming in the near surroundings of the temple to pay their homage to the resident deity.

The call of the different deer specie heard by us was a proof.

We came back on 21st morning to take a chance to observe IBISBILL. Yes we found it within 15 minutes of our morning visit. Later on it was so near the temple complex that we had some good shots from the top of the bridge that connects two banks of the river Kosi on which devotees travel to have darshan of Mata Garjiya .presiding deity at the top of the hill on climbing stairs.

Image from the surroundings of the Garjiya temple of a rare bird which I observed for the first time (a blessings of Mata Garjiya ) on 21st January 2020.