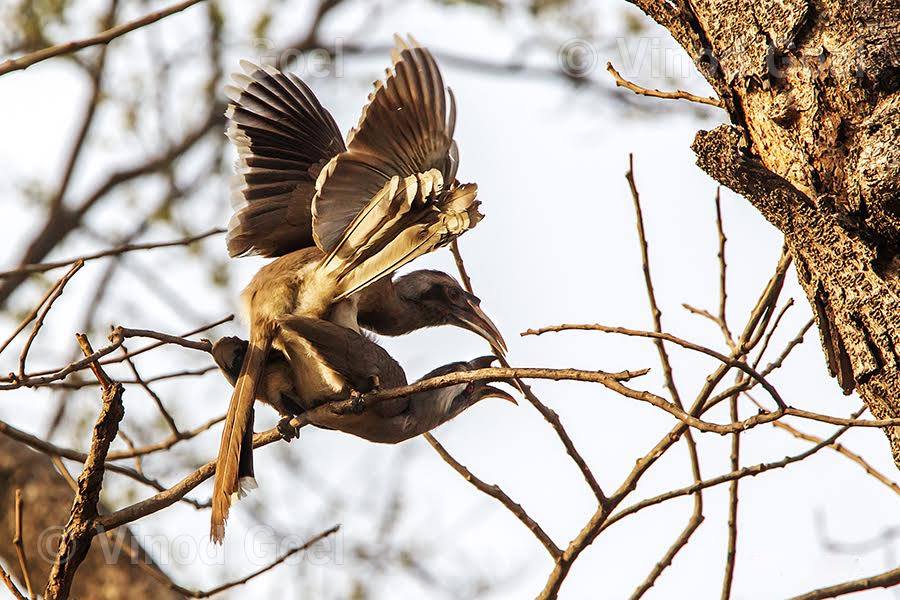 How can i forget the 20th March 2016 ( also celebrated as World Sparrow Day ) of 2016 when i was blessed to record the rarest of the rare moment of natural history among Indian Grey Hornbill in the morning. This bird is native to Indian Sub Continent and generally found in the urban cities and towns in addition to wildlife parks . This is the most common of the hornbill found in India in addition to 9 more species found. In total there are about 60 species throughout the world..

During courtship during the month of March it is the male which mounts over the female. However i was surprised to observe a female mounting over the male and mating lasted for about 45 seconds. Initially I could not believe my eyes but when I reviewed the image it was a great surprise for me .With the help of Dr Raju Kasambe, this unique and unusual mating behaviour recorded by anybody in the world , was published by Bombay Natural History Society (BNHS) in their magazine Newsletter for Birdwatchers.

I may add that once again I was surprised to record the similar behavior again on 9th March 2018 as this is the breeding season of this specie.