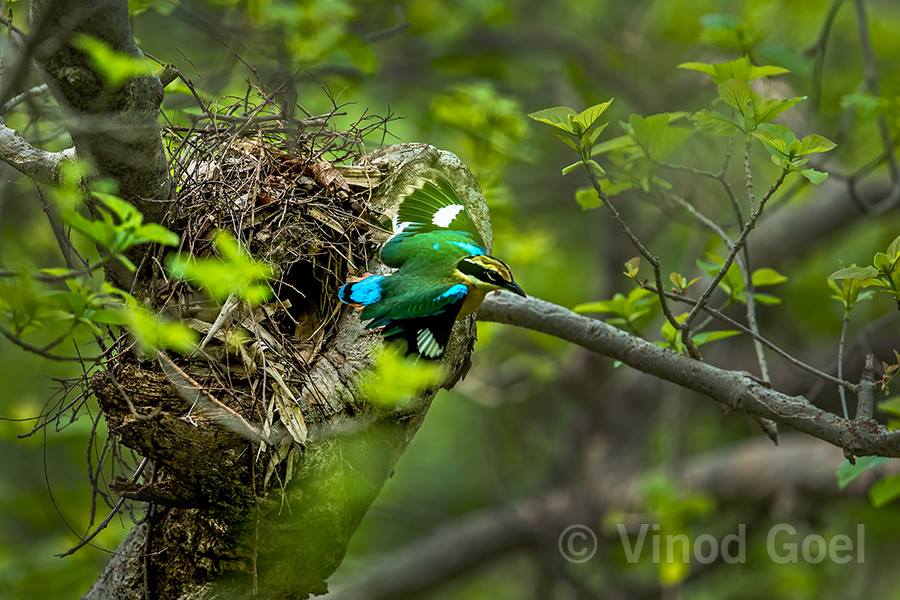 The sighting of Indian Pitta in 2015, a small colorful bird in Delhi after 60 years, in Aravali Biodiversity Park bought a great news for birding community of Delhi and around. Now it is being observed at Mangar bani area of Faridabad for the last 2 years during the breeding season.

My first sighting of an Indian pitta was in the compound of Forest Guest House at Sitanadi Wildlife Sanctuary, Chhatisgarh in the year 2004. This was the time when my interest developed in birding as most of the wildlife sanctuaries and national parks are closed for more than 3 months during monsoons. My another encounter with this small beauty was in June 2011 at Bandhavgarh National Park,Madhya Pradesh where I found it foraging on the ground, hardly 10 meters from my vehicle while we were observing a tigress not far from the main entry gate.

Although I saw it good numbers at Tadoba Andhari Tiger Reserve in Maharashtra but my thirst was quenched on 30th of June 2015 at Sariska Tiger Reserve in Rajasthan, where I got good shots of this bird indulged in various activities.

The name pitta is derived from Telegu language word ‘pitta” which means a small bird. Pittas belong to the family Pittadate that has 32 species distributed throughout Asia, Africa and Australia. As far as Indian sub-continent is concerned there are 4 types of Pittas namely Indian pitta, fairy pitta, mangrove pitta and blue-winged pitta.

We also know that there is 9-month gestation period for the birth of human beings and the holy cow. There are 9 Puranas and 108 Maha Puran. Mahabharat and The Holy book Gita has 18 chapters each. Bhagwat gita also has total of 10800 shlokas. Readers may recall that every important number when summed up ends to a number 9.

Let us enjoy the beautiful colors of this magnificent bird and make our life more meaningful and colorful.