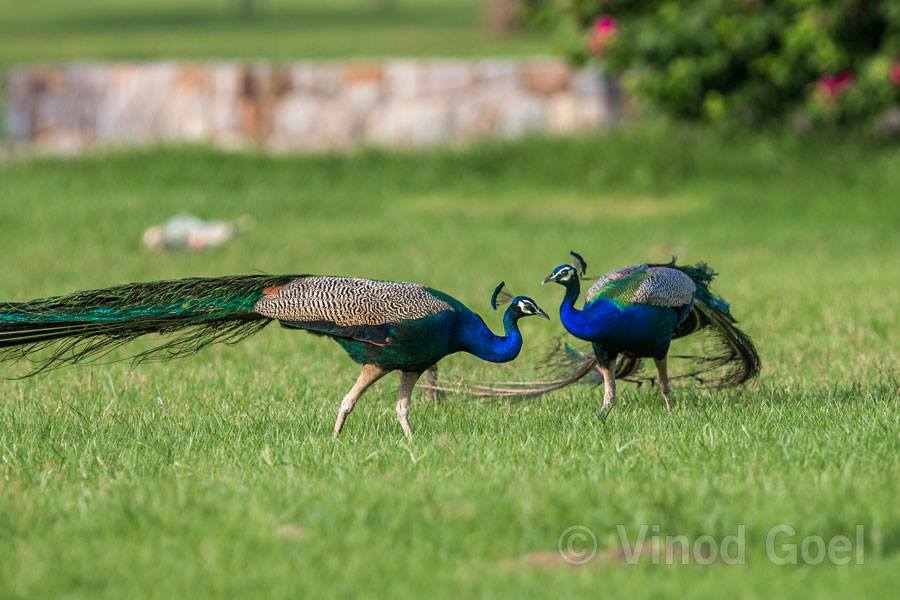 It may be recalled that most of the Daily News Papers of Not only Delhi but other Cosmopolitan cites of India carried out the news about meeting of Narender Modi P.M with President of Germany at the latest Archaeological site namely Sunder Nursery adjacent to the World Heritage UNESCO Site Humayun Tomb at Delhi.

“Had the honour of taking the President of Germany Mr Frank Walter Steinmeier to Delhi’s Sunder Nursery. We had wonderful discussions on a wide range of issues, the Prime Minister Modi tweeted.

Recently the place was opened to the public so that they can enjoy the natural beauty and the rich cultural heritage having Mughal garden after its renovation for umpteen number of years.

The meeting lasted for about an hour.

Birding community of NCR Delhi may recall the sighting of Greater Racket tailed Drongo by me on 28th June 2016 at Sunder Nursery after 40 years as reported by Times of India Delhi edition on 3rd July 2016.

Image of Peacocks from Delhi taken in August 2017.