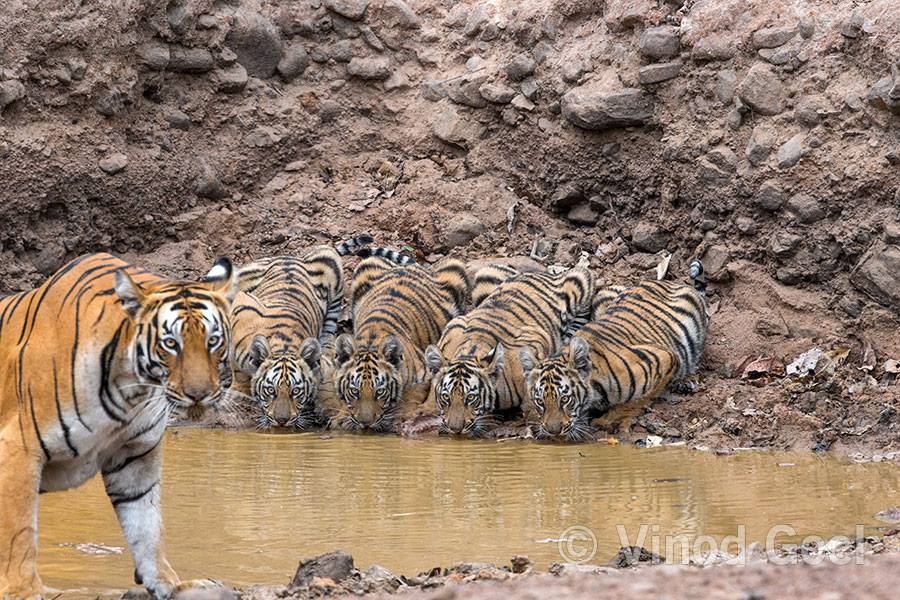 Is it possible for me to forget 28th February throughout my life?

NO…..For the reasons given below.As long as I was in the Civil Service namely The Indian Customs and Central Excise Service popularly known as Indian Revenue Servic , I could not think of getting a leave/holiday on 28th February on account of Annual Budget Day (from 1982 to 2015)

For the first time I could visit a Tiger reserve on 28th February in 2015 after my superannuation in January 2015.

It was prompted by a call from the wild from our guide Samir Sheikh to my son Bharat Goel, who advised me to immediately visit the park and I ventured into the Kolsa Range of Tadoba Andhari Tiger Reserve in the State of Maharashtra, for a number of days during the fag end of February 2015.

During safari on 27th and 28th of Feb, God had fixed a date with the Tigress having 4 cubs of 3 to 4 months. In the evening she started coming to a water hole where her cubs could quench their thirst before settling down for night in the lap of their mother . This water hole was near the Forest Guest House . The family in the evening of 28th Feb gave me the shot of my life.

Although I have been venturing into a number of Tiger Reserves and shooting tigers with camera but the Extraordinary Tigress have left everlasting impression not only me but who so ever has seen the image.

Image from Tadoba Andhari Tiger Reserve , a blessing of God on 28th Feb 2015.