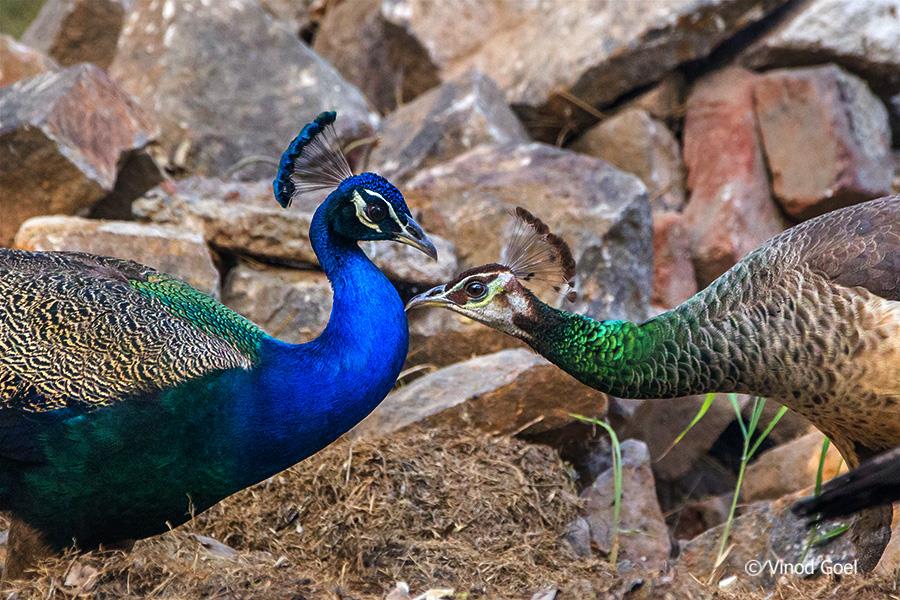 From our childhood we have been seeing our mother keeping fast on Karwa Chauth (4th day of the Kartik month ) so that our father and in turn we enjoy a long and prosperous life .

This festival is mainly observed in North India . Generally a married women keeps a fast , no water and no food in the day time. Only after seeing the moon women breaks the fast in the late evening. All women in a house goes to the terrace to have DARSHAN of the moon. After offering water from the KARWA ,(an earthen pot ) and prayer ,they break the fast. Even now they offer food first to the husband (although he would have been eating through out the day ) and later on have food themselves.

Why such a hard Fast ?

The aim of the fast is to save the husband from an untimely death and have a long and prosperous married life.

As per a legend , women named KARVA was deepliy devoted to her husband . One day while he was bathing in the river a crocodile caught her husband. As soon as she came to know she went and tied the crocodile with a cotton rope. She then asked the YAMA, lord of death to send the crocodile to hell or put him to death. On realizing the power of the devoted wife, Yama did not have any alternative except to accept the request of Karva Accordingly the crocodile was sent to hell and blessed Karva with a long and prosperous life.

There is another story which women gather at one place and recite it to know the importance and why every women should observe the fast .

Mainly states such as Punjab ,Rajasthan ,Uttar Pradesh ,Gujarat and Delhi observe this festival with pomp and show. In all these States the first Karwa Chauth of any new bride is a very important festival. In fact they worship Lord Shiva ,Parvati ,Kartike and Ganesha and the Moon.

How can we forget Mother -in -Law giving SARGI ,a food in the morning to the Daughter- in- law in the morning before the sun rise . The fast is to continue till the moon is seen in the night .

This year the sighting of the moon in different cities of India would be by 2030 hrs. Only after worshipping the moon the fast would be broken.