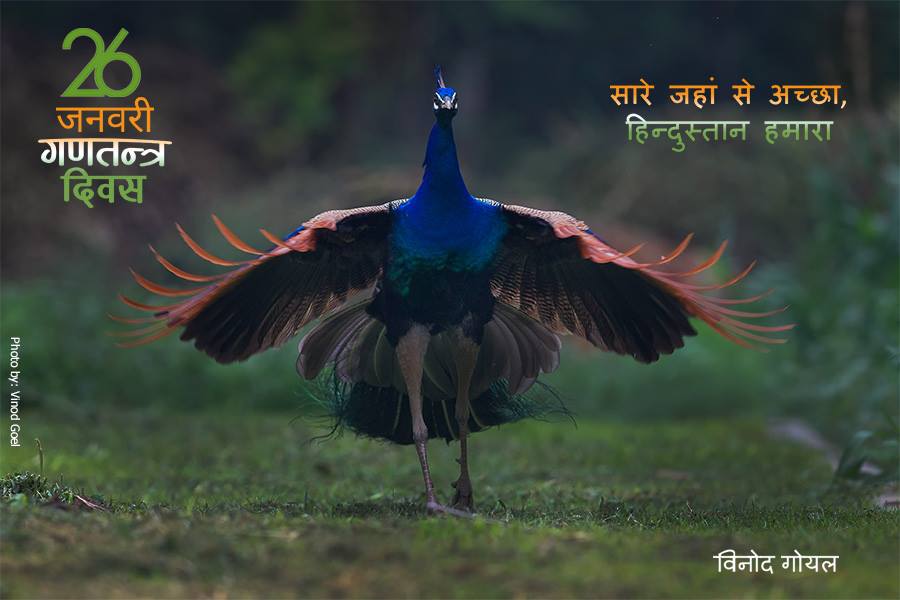 We got freedom from British Rule on 15th August, 1947. However the people of India (Bharat ) got PURNA SWARAJ on 26th January, 1950 as the real power was vested in the Constitution of India.

This day is celebrated as Republic Day. 26th January was chosen as the Republic Day because on this day in 1930 Declaration of Indian Independence (PURNA SWARAJ) was proclaimed by the Indian National Congress as opposed to the Dominion Status offered by the British regime.

The image of the peacock our National Bird reminds me of energetic India trying to take off and show its flying colours to the world. The red feathers indicates the blood shed for achieving the target. Incidentely hardly any blood was shed for getting freedom at the time of Independence from the clutches of Britishers and that is the reason why we fail to give credit to the real freedom fighters and realise the importance of FREEDOM…

On this occasion I wish everybody a HAPPY REPUBLIC DAY.

Image from the wilderness of Delhi taken on 15th June 2015