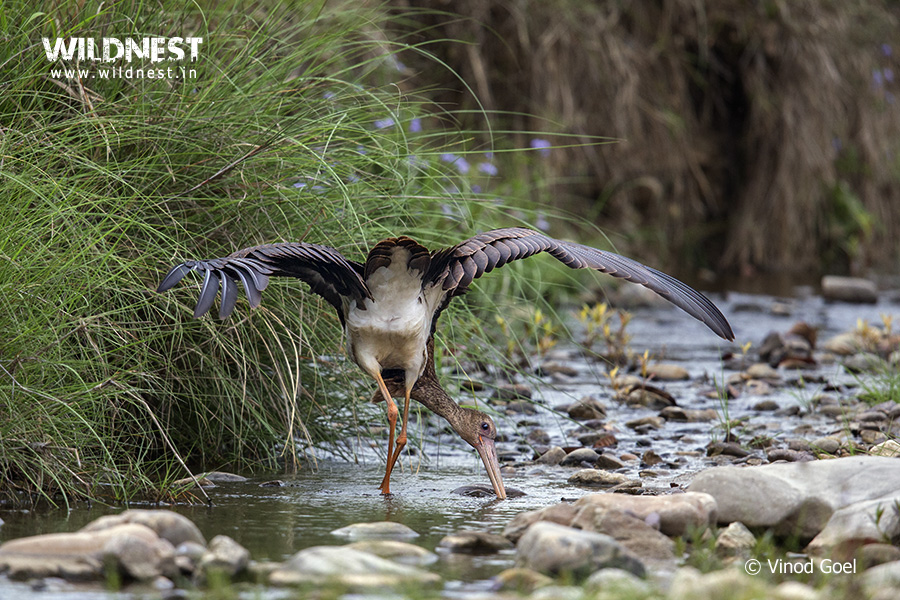 Rajaji National Park is a perfect destination to those who wish to encounter nature in its pristine form. A utopia for nature lovers and wildlife enthusiasts, it is known for the wide range of species it has encompassed in the cover of its dense forest. It is located in the Shivalik range of Himalyas and spreads about over 820 km² in Haridwar, Dehradun and Pauri Garhwal. Since the national park marks the beginning of the Indo-Gangetic plains, it circumscribes a large variety of vegetation and embraces multiple types of ecosystems. It provides habitat to around 23 species of mammals and 315 species of birds.

This national park was created in 1983 by the consolidation of three sanctuaries – Rajaji Sanctuary (1948), Motichur Sanctuary (1964) and Chilla Sanctuary (1977). It was named after C. Rajagopalachari who was an eminent leader of our freedom struggle who was popularly known as “Rajaji”.

Summers (March to mid June): During summer, temperature varies from 35 degree Celsius to 45 degree Celsius. Visitors are advised to carry light cotton clothing, as it gets very hot especially during May and June.

Monsoon  (July to September): During monsoon, the park receives heavy rainfalls with average mean rainfall accounting to 2136.7 mm. the park is closed during this period.

Winters (October to February): Winters are pleasant with December and January becoming extremely cold. One is advised to carry heavy woolens during this period as safari is done in open jeeps and one experience more cold during moving jeeps.

Asian elephant, Bengal tiger, leopard, jungle cat, striped hyena, goral, Indian hare, sloth bear, cobra, jackal, barking deer, sambar, chital, wild boar, rhesus macaque, Indian langur. Several species of frogs and toads also reside here, with their breeding times expanding from July-August to November. Twenty- eight species of snakes along with twelve species of turtles and tortoises and nine species of lizards including the Indian monitor lizard thrive here. Porcupines, pythons and cobras are among the most pointed species. Scolid wasps are one of the main insects that quaver around this region. 60 different species of butterflies flutter around this park. Other species of creatures like kingfishers such as Himalayan pied, small blue, lesser pied, stork-billed, and white throated are also found here. Hornbills and red-jungle fowls are often available. Over 40 species of water birds visit Ganges every winter. Cormorants, crows, drongo, egret, partridges, lapwing, nightjars, partridges, pheasants, pond herons, owlets, and treepies are some of the birds one may get a chance to see.

Apart from the exquisite wildlife, the park has a tremendous range of flora. It has all the varied types- sal forests, reverine forests, board-leaved mixed forest, scrubland and grassy. The park has both tropical and subtropical moist broadleaf forests with moist deciduous forests in the upper Gangetic plains. Plants such as shorea, adina, terminalia, bridelia, mallotus, dalbergia, syzygium, acacia and phoebe are found here.

Thus Rajaji National Park seems more of a complete package where flora and fauna both are fused together to complement each other.

There is good bus service as well as taxi service available between Delhi (220 km away) and Haridwar (8km away). Lucknow is located at a distance of 510km from Haridwar. The way from Delhi to Rajaji National Park is via Meerut, Khatauli, Muzaffar Nagar, Roorkee, Haridwar to Chilla located on the other side of the river Ganges.

Chilla range is 8 Kms from Haridwar Railway Station which is well-connected to major cities. Other close railheads are at Rishikesh (18 Kms) and Dehradun (56 Kms).One can also opt to travel by train up to Delhi and come by road to Haridwar.

Nearest airport is Jolly Grant in Dehradun (56 km away from Chilla Range) has a daily 55 minutes flight from Delhi. Airport at Delhi has good domestic as well as international connectivity.