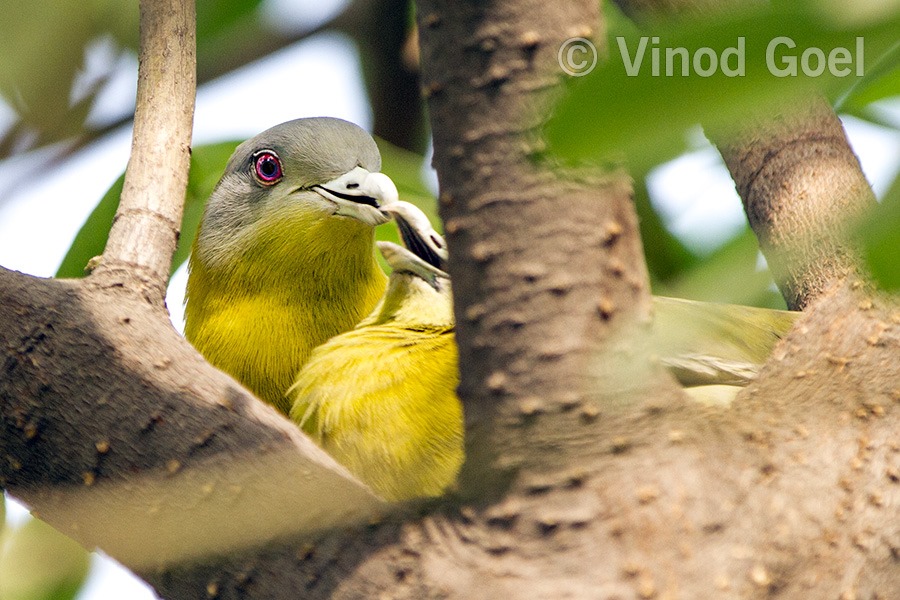 Viewers who have been following my post for the last two days must have observed that it started from a Yellow footed green Pigeon (male) having a twig in his beak and ready to take off for the destination where female was waiting to receive and place the same at a convenient place to form a desired nest.

Later on yesterday both of them in courtship and observed the close moment where in the female was feeling as if she has got everything in life and enjoying those moments for ever.

One must be thinking whether female played an active part in that process. Yes she too…Since I witnessed the whole process from a close distance. I still have those moments etched in my mind and they are as fresh as ever.

I am sharing another moment where female has opened her beak and touching the beak of the male. I do not know whether eyes are closed or open but one could visualise that they must be closed.

Image from my own colony Surya Nagar, where I used to live earlier (Ghaziabad ) on the outskirts of Delhi taken on 17th May 2011.